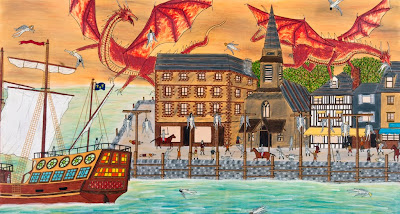 This exhibition launches a new series of paintings, titled Bagarres (melees). In this work, Moncton artist Mario Doucette pursues in his revisionist interpretation of history. This current series is also concerned with the fabrication of mythology.
All great civilisations have developed myths shaped by stories of the past, religious beliefs, and heroes. Fabulous tales are often based on actual events or persons whose stories are amplified or transformed by the collective imagination. Doucette is interested in mythology’s symbolic meaning, often used to justify the occupation of a territory by a given community. Elements of mythology, war and conflict are integrated to the visual and written recordings of history as representations of unexpected and audacious acts of resistance.

This exhibition also features the first showing of Raffetot, a film integrating drawing, animation and Super 8 film. It is the story of a place, namely Moncton, so named in memory of Lieutenant-colonel Robert Monckton, a young officer partly responsible for the deportation and death of thousands of Acadians. Raffetot testifies to the anguish of Charles Deschamp de Boishébert and of three young lovers. The film features Samuel LeBlanc, Paul Bossé, Julie Doucette, Jennifer Bélanger, Matthieu Leger, and the musical group John Jerome and the Great 88.

Mario Doucette will present an artist-talk (in French) at noon on Wednesday, February 17, at the Galerie d’art Louise et Reuben-Cohen. The artist-talk is free and open to the public. 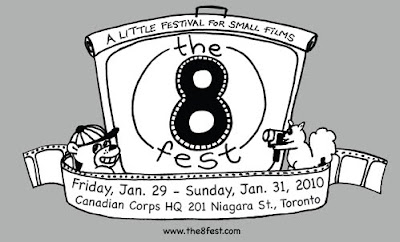