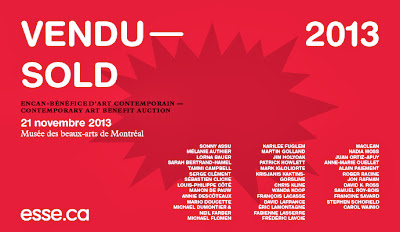 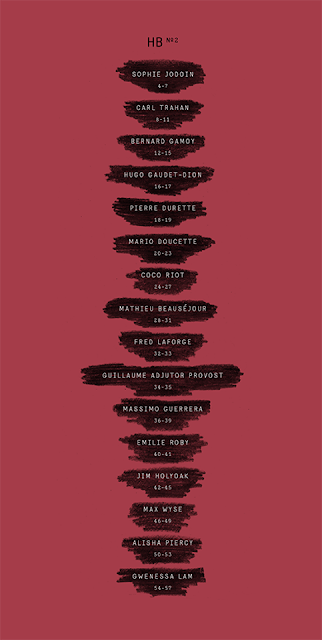 The Art Bank in the 21st Century

Founded in 1972, the Canada Council Art Bank purchases contemporary art and rents it to federal government offices. Among the aims of the Art Bank are the support of Canadian artists through purchases, broadening the audience for contemporary art, and representing the national visual imagination.

The Art Bank in the 21st Century is intended to expose a composite Canadian identity. The exhibition contains drawings, paintings, photographs and mixed-media works acquired since 2001, when special efforts were made to solicit art from under-represented groups. Selected according to the gender and cultural identity of the artists, the exhibition showcases recent works by women, Inuit and persons of First Nations and immigrant descent. 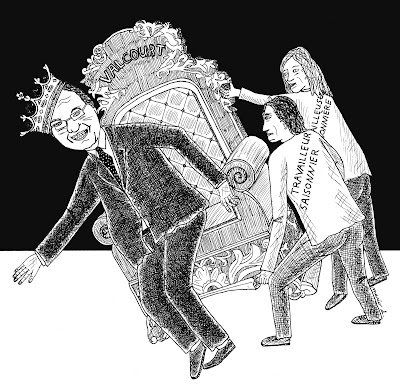 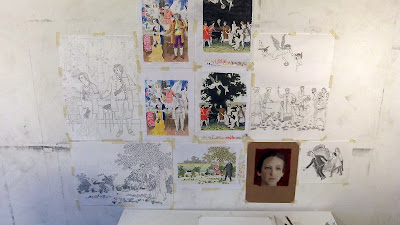 The Art Bank in the 21st Century

The Canada Council Art Bank holds the largest collection of Canadian contemporary art on the planet: this exhibition draws on its latest additions to profile current art practices and to assess the vitality of the program created in 1972 under the banner of "democracy and democratization." The expressive life of the peoples and places of the nation—fruit of the Art Bank’s entwined mandates of excellence, representation and rentability—is captured in a selection of works acquired since 2001.

The Art Bank was first conceived as an ingenious means of bringing art to the masses through placement in federal government offices that would, at the same time, provide support to visual artists and their dealers through purchase of works of art. Today, disciplined by operational strictures of financial self-sufficiency, new works entering the collection straddle emergent critical practices, representation of national identity and décor, enabling the Art Bank to continue showcasing Canada’s most accomplished artists in workplaces across the country. As the Canada Council Art Bank marks its 40th anniversary, the Agnes Etherington Art Centre’s exhibition and related publication (planned for release in summer 2013) examine the current achievements and conceptual evolution of this resilient program.

Cultural Studies PhD candidate Barbara Meneley has organized a round-table discussion under the title "Diversified: The Art Bank and Canadian Culture," featuring Visiting Scholar Ashok Mathur in discussion with Andrea Fatona and Brendan Fernandes. The panel begins at 7 pm on Thursday 14 March and will be followed by a reception for the exhibition from 8:15-9:30 pm.

The Art Bank in the 21st Century was curated with the research assistance of Johanna Plant and Sarah Murray, graduate students in the Department of Art History and Art Conservation, Queen’s University.

Visit www.sweetestlittlething.ca to look at the amazing artwork donated by our members and friends, listen to this year's jingle by Lucas Hicks, and maybe even place a bid or two! New works are added daily.

Now in its 14th year, The Sweetest Little Thing is the most important annual fundraising event for the Owens Art Gallery and Struts Gallery & Faucet Media Arts Centre.

Presented in partnership on Valentine's Day, The Sweetest Little Thing combines a contemporary art auction with a cake walk and a dance. The event has become a seasonal highlight for the community, featuring artists, friends and supporters from across the country and beyond. The funds raised go directly to the ongoing programming of the galleries.
Publié par Mario Doucette à 07 h 12 Aucun commentaire: