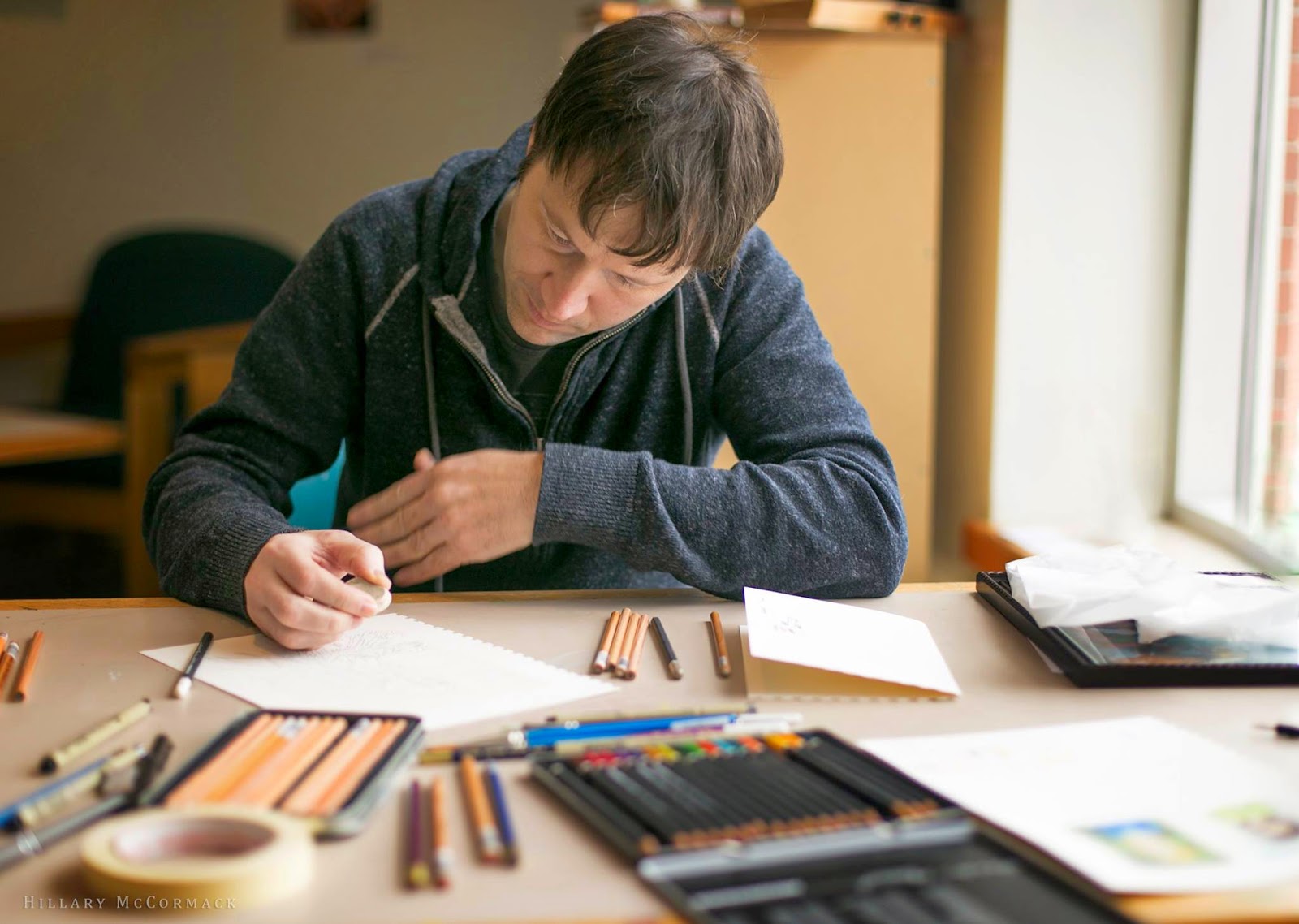 St. Thomas University will kick off the New Year by welcoming two artists in residence to campus.

Acadian artist Mario Doucette and choreographer Lesandra Dodson will both be on campus the week of January 12 to practice their craft and work with students.
Acadian artist Mario Doucette will be the artist in residence from January 12-18. He will deliver a lecture on his work on Friday, January 16 at 5 pm in MMH 101 and a reception and exhibition of some of his work will follow at 6 pm in the Yellow Box Gallery, on the third floor of McCain Hall.
Doucette is a painter from Moncton, NB, who also works with video, digital animation, performance and Super 8 film.
His work addresses the uncertainties of history — what it omits (intentionally or otherwise), its perspectives, and its participants.  He deals primarily with Acadia, building new narratives around the culture's rich heritage.  Poised between the real and imagined, his work questions collective memory and gives voice to those forgotten by history.  He asks his audience to reflect on how events are perpetuated depending whether chronicled by the vanquisher or the defeated.
Doucette has been featured in exhibitions in several Canadian museums and galleries, notably at Toronto’s Royal Ontario Museum where he was a Sobey Art Award finalist in 2008. He recently contributed work to the Oh Canada exhibition in 2012, presented at MASS MoCA (USA) and in 2013 the Galerie de l’UQAM (Montreal) exhibition The Painting Project. He is exhibiting his work at the National Gallery exhibition Shine a Light: Canadian Biennial 2014 17 until March, 2015.